From REDBULL.COM. Mayhem gives you some inside info on what the guys and girls are riding in Rio right now.

Mayhems are the board du jour for Rio 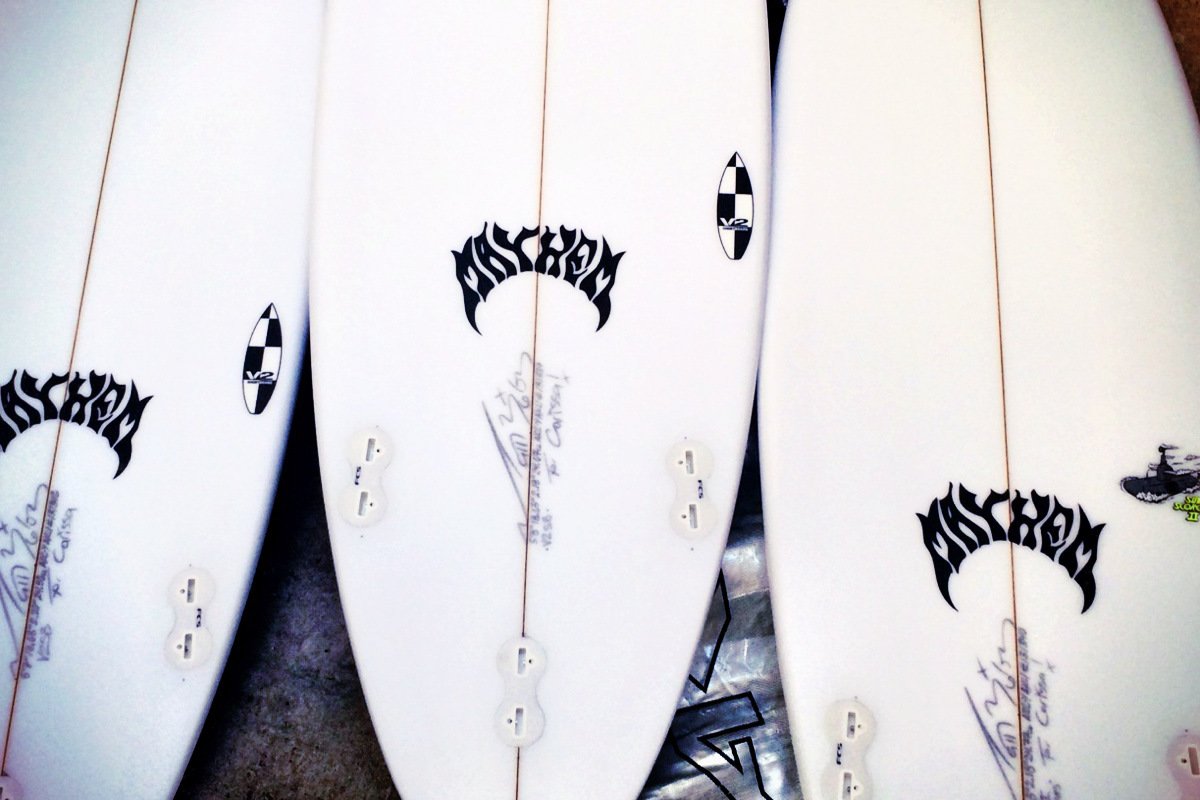 Biolos, who rides beach break waves as a matter of course, is well-suited to making waves to fit the unpredictable curves of the Brazilian beachbreaks around Rio. But what he has to consider is the vastly different circumstances of each surfer. Carissa is winning everything in sight; Taj is placing at most events and Kolohe, despite shards of brilliance, has had a poor start to the year.

“I did a full re-vamp for Kolohe,” says Biolos. “We are playing with more tail rocker and less nose volume. We’re trying to loosen things up, to fit in the pocket and be able to turn sharper in a short canvas. Get more playful. I think that going from the flattish, open faces of Margs and Bells, the tight curves of Rio will really be kind to curvy rail rockers and outlines.”

Carissa, meanwhile, “Felt her boards from Snapper and Margs would be good in Rio,” says Biolos. “She already has a few of her high-performance 5’9” and 5’5” squash-tail shortboards. We call them a CM-Pro. They look like racy high-performance Gold Coast-shaper inspired boards. She didn’t use them at Margs or Bells but I stretched a couple to 5’10” and 5’11” with round tails and she used them to win Margs and for the bigger surf at Bells. So on the high-performance end, she is set. For Rio, we replaced her magic little 5’7” she snapped at Snapper. Then we stretched another one of the same to 5’8” and finally we updated her SS-2 that she won Bells on. It’s 5’8.5” and we added a little release in the tail rocker to fit the tight curves of Rio Beach breaks.”

What about Taj? Aren’t his boards perfectly on song? Of course! But! And there’s always a but. “We have been playing with fins a lot and going back an forth between Futures and FCS-2,” says Biolos. “Even with a third and a second in the bag already it has been stressful trying to settle in on what’s working best. He used Futures in the big open-face waves of Bells and Margs. We think they have a solid, drivey and almost stiff feel in those waves. In the tighter curves of Snapper and even Winkypop, Taj was back on the FCS-2.”

Boardswise, Taj is still nursing the 5’9” he won last year’s Hurley Pro on. “He rode it all through Snapper and at Winkiopop in the semis and finals. For Rio, we did six boards: a 5’9“ Beach Buggy, slightly stubbier version of his normal board (in case its flat) and four 5’9.5” Whiplashes, two of them with even more kick than his already generous tail rocker. There’s also a 5’10” round-tail with lots of rail and outline curve in cases it is throbbing.”