3/23/16: Congrats to San Clemente’s Griffin Colapinto, who won the 2016 Pipe Pro Junior WSL event. Although he prefers Pipeline a lot bigger than it was, the smaller version still didn’t deter him from taking the win. Also congrats to 3rd Place finisher Cody Young and Quarter-finalist Quentin Turko. Here’s more from the World Surf League: Colapinto comboed the field after posting a 9.4 in the first few minutes of the Final, which left Braden Jones (USA), Cody Young (HAW) and Ryland Rubens (USA) searching for waves in the quiet heat to better their mid-range scores. No stranger to Pipe, Colapinto is known to charge in waves of consequence and has put in time along the North Shore for the better part of his teenage years. 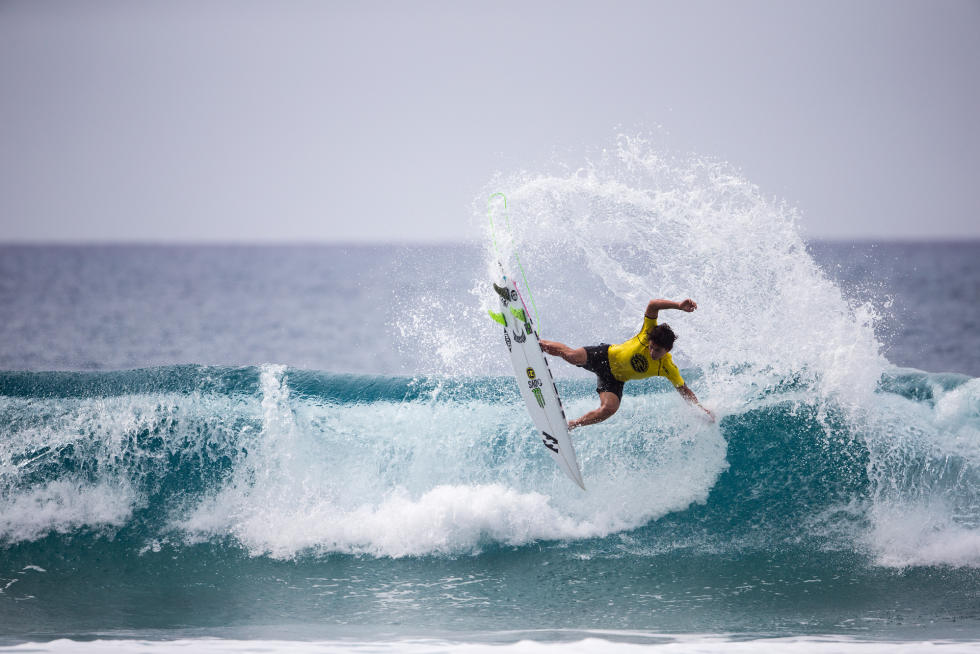 “It felt really good,” said Colapinto, 17, after the win. “I stayed at the Billabong house all winter long and I surfed out here in all conditions, so I was pretty confident with everything knowing the lineup, so yeah, it felt really good.” 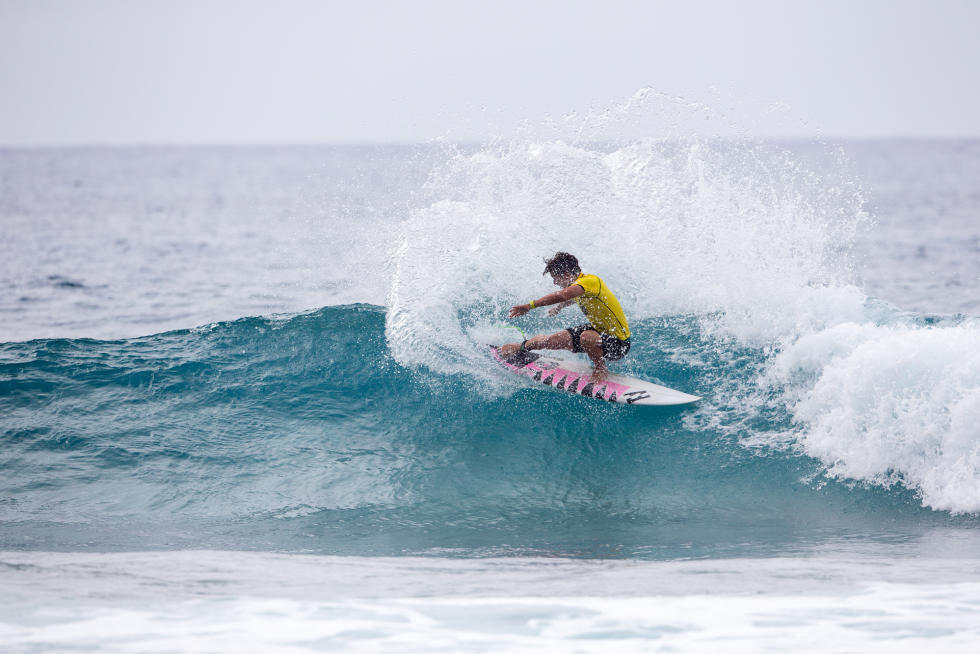 Colapinto’s excellent wave showcased a giant speed turn followed by an air to give the California surfer the second best score of the event. “All the boys were dropping big scores all day so I knew it was going to be pretty much whoever got the best waves and the biggest waves, and I found two of the best waves and it was good.” 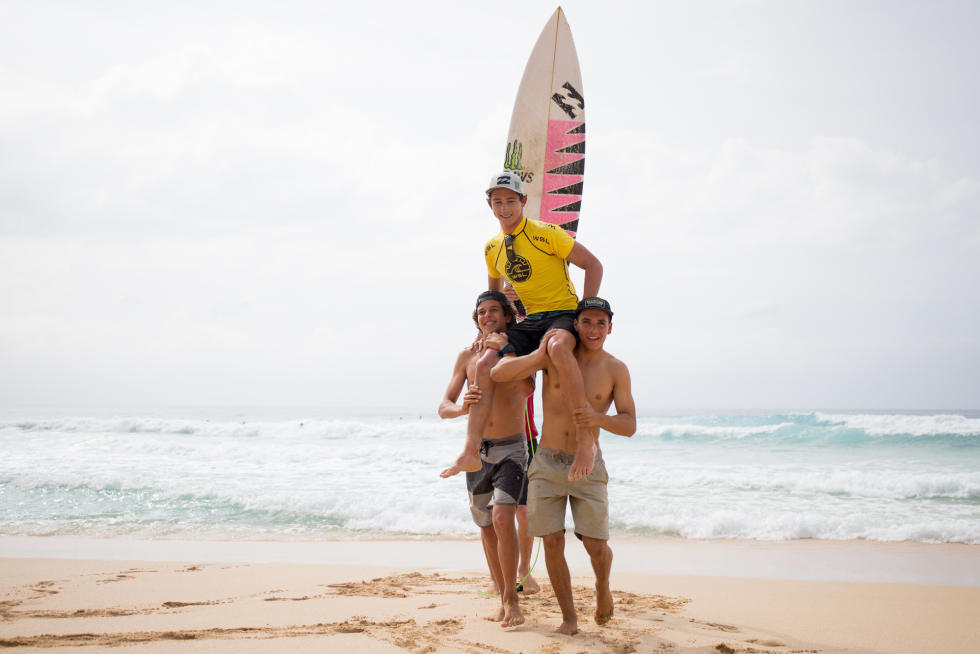 Griffin getting carried up the beach after the final. Photo: WSL/Heff

The San Clemente surfer placed Runner Up in the Sunset Pro Junior earlier this year and is looking ahead at this winter season on the North Shore. 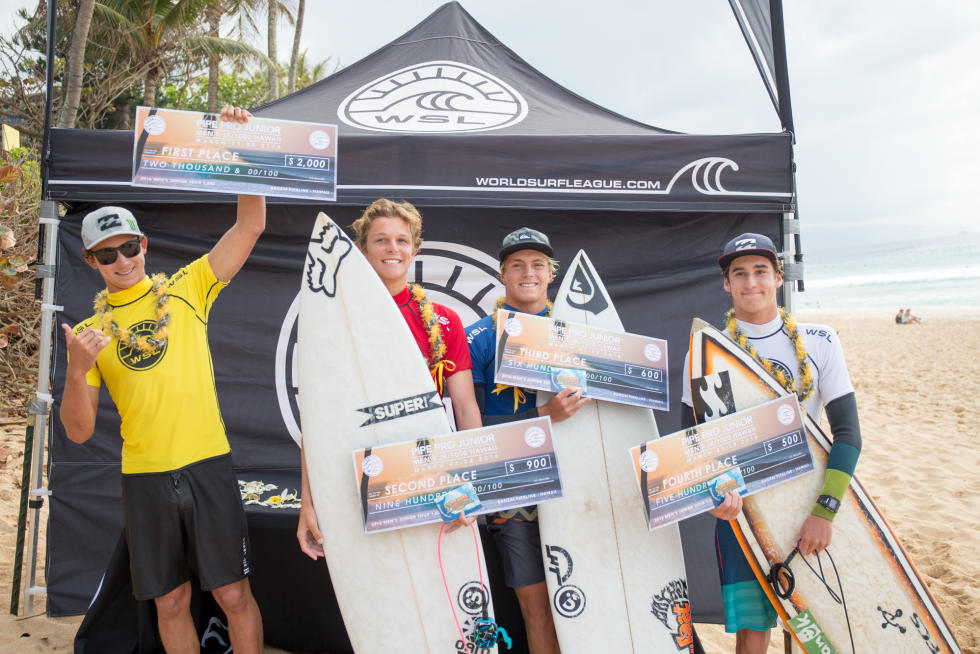 “My goal is probably to be in the Triple Crown for this next winter and then make some heats in that… And then overall goals are to be in the top 50 on the QS by the end of the year and win a QS too.” 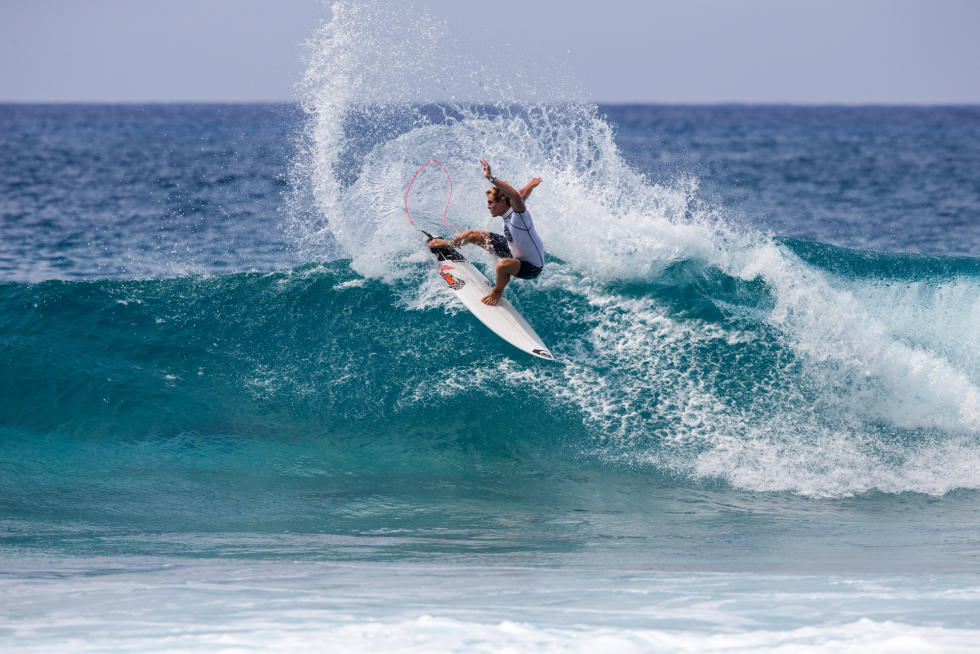 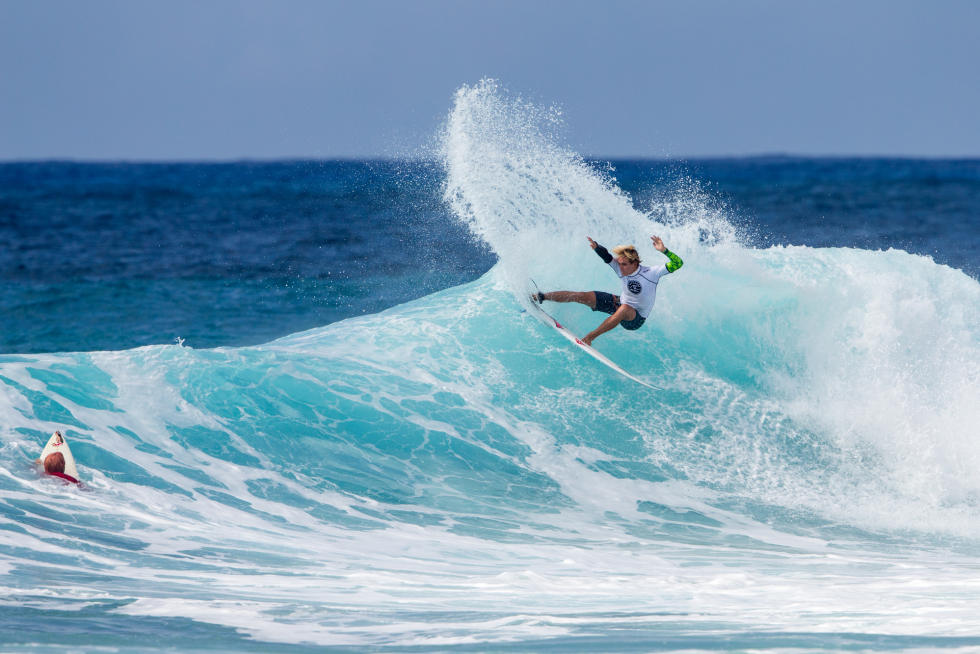