…Lost rider and San Clemente local Jeremy Carter took the win at the first ever Fish Bowl Pro. It was basically an impromptu contest thought up by Nate Yeomans early the same morning. He made a few calls and everyone pitched in $20 bucks for a winner-take-all contest. Californians vs Hawaiians cuz we invade their island in the winter and they invade our coast in the summer. Jeremy’s surfing has been improving daily and although it wasn’t an ASP event or anything it’s still got to feel good to beat a field of surfers that included Nate Yeomans, the Gudang bros, Kai Barger, Keanu Asing, Zek Lau, Ian Crane, John Robertson and others. Where was Wardo? No idea but we’re positive Nate has his number. Check out Surfline.com for more on the event. 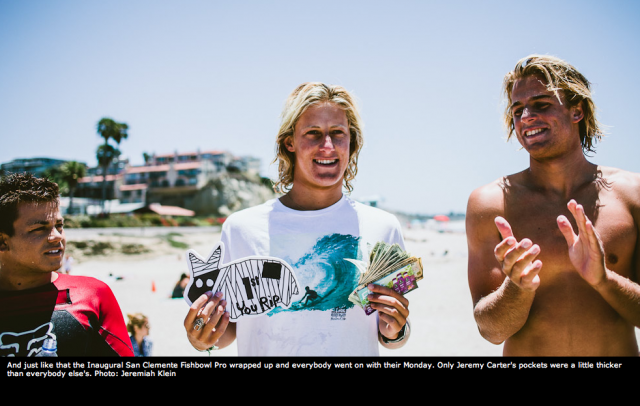 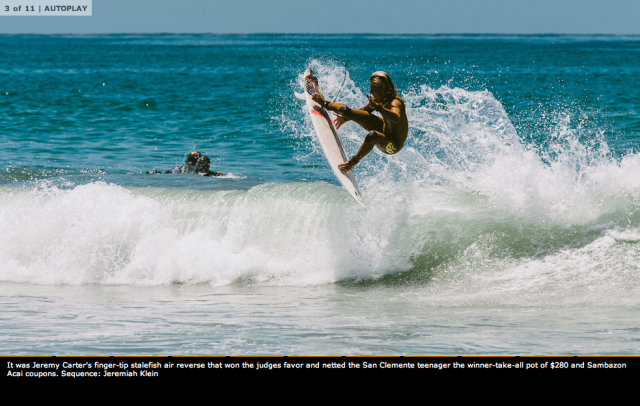 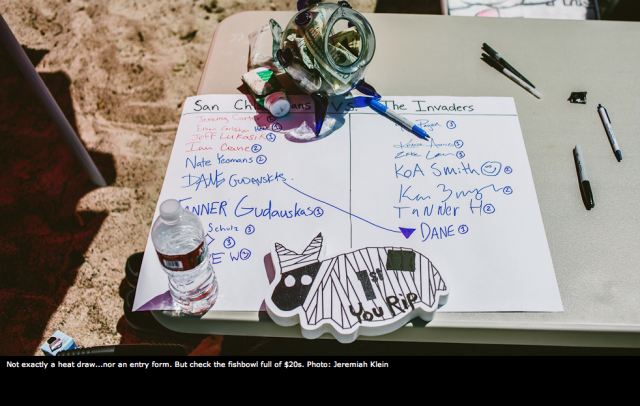 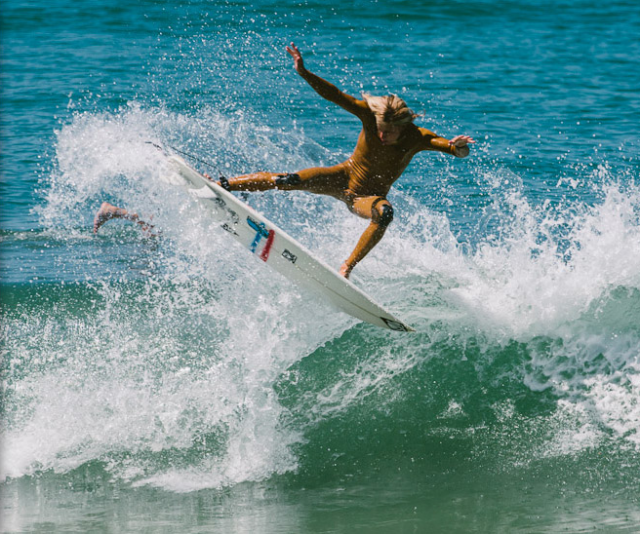 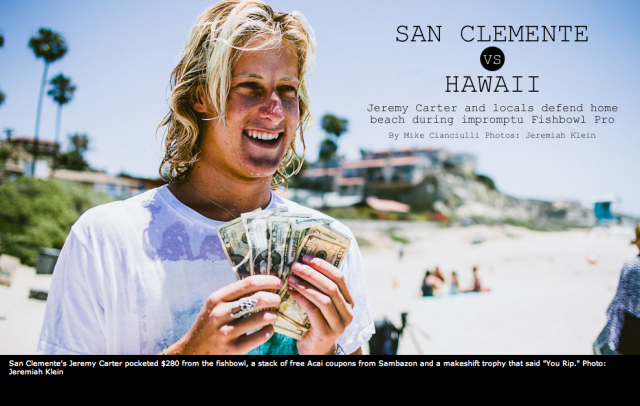 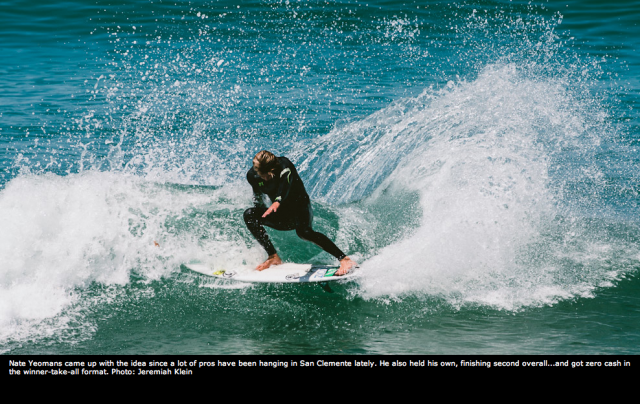 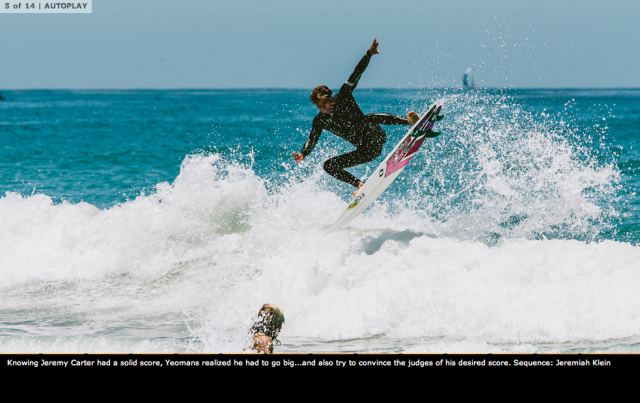 t’s ok to go about the lip too… 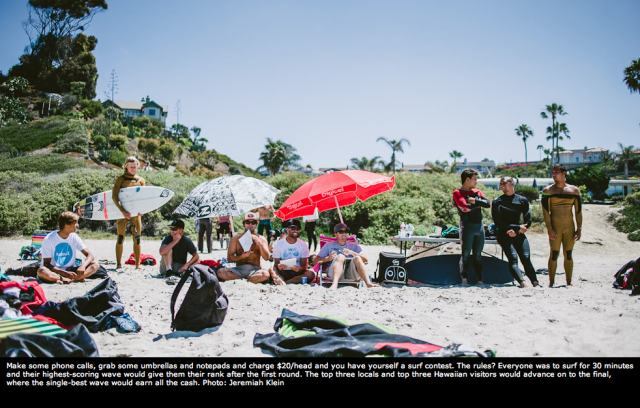 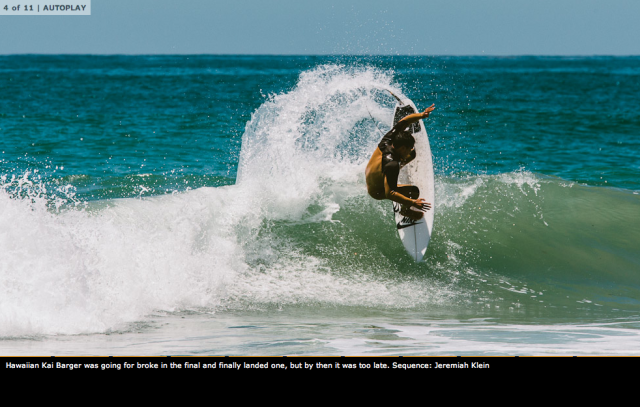 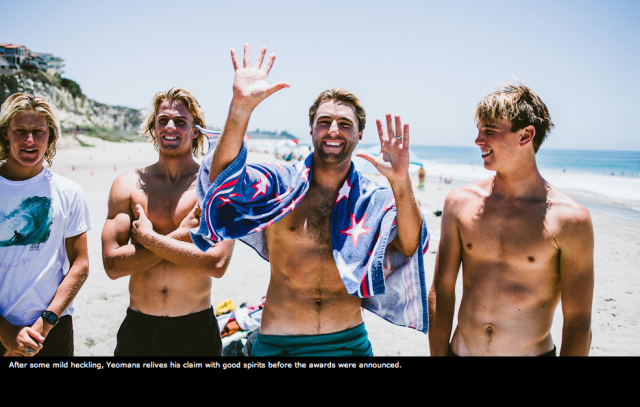 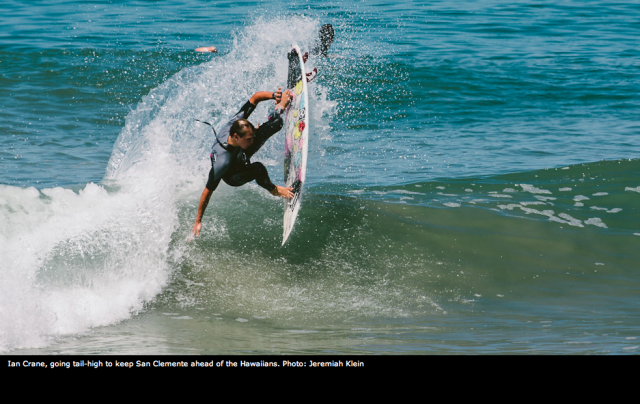 Ian Crane is another Rat Packer coming out of his shell. 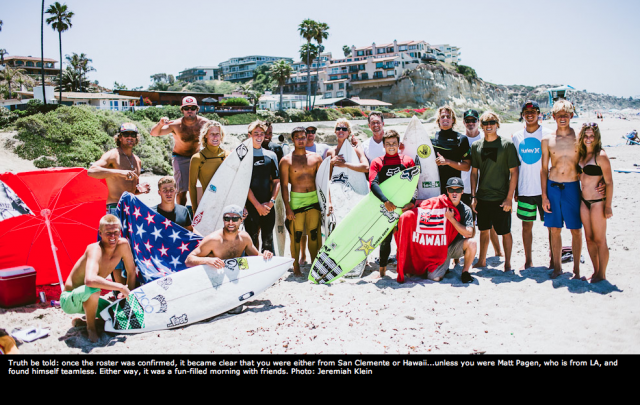