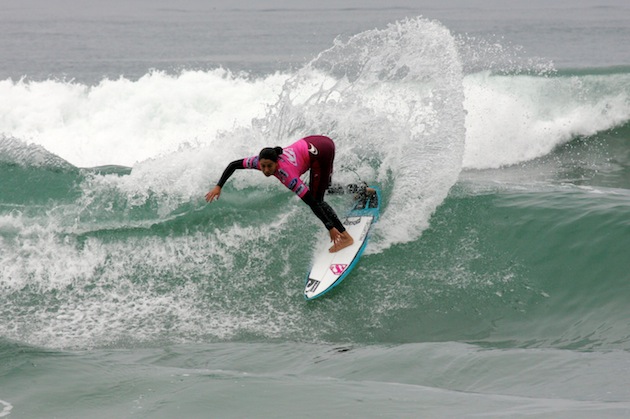 Manuel led the Ford Supergirl Pro throughout the event’s entirety, owning the top scores of each round while progressing to the Final. The Hawaiian’s dominance would continue while securing the major victory, belting a 9.57 and 7.67 for powerful combinations on both her forhand and backhand to earn her first victory of the 2013 this season.

“The past couple of days, I really had motivation coming off of a tough result at the US Open,” Manuel said. “I wanted to do well there. It’s good to be in California, it’s like a second home to me. I wanted to get in rhythm and just finally have that push for a good result.”

Manuel, current No. 12 on the ASP WCT, had struggled to find consistency at the early season stops this year and hopes today’s major victory represents a turning point in her season.