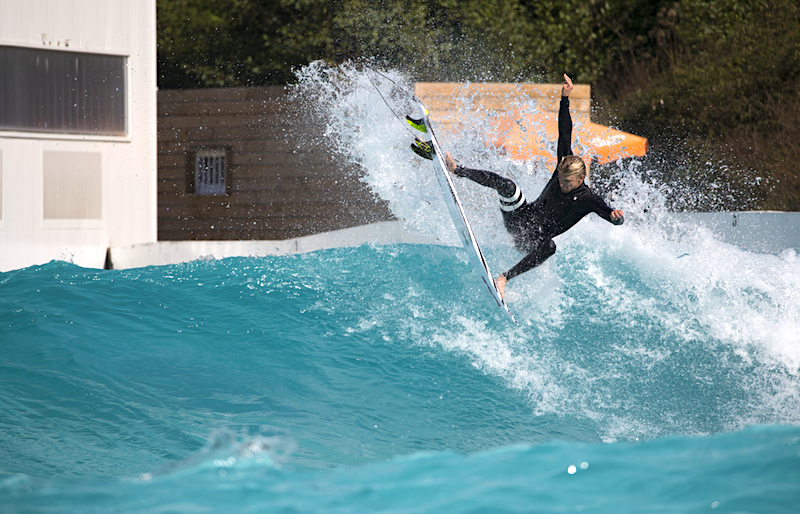 Matt Biolos sits down with BeachGrit to talk about the new emergence of Wave Pools. Read the whole article HERE

To all you gloom buffs who don’t like pools. They’re coming and ain’t a damn thing y’gonna do about it.

Yell yourself hoarse (“‘I’d blow my brains out before I’d ride a pool,”says Chas, Travis Ferré from What Youth and others), curl your lips in contempt. It don’t matter.

And when they do come, you’ll want a board that fits whatever pool you’re swishing around in.

And Matt Biolos aka Mayhem, the San Clemente-based shaper to the stars and owner of Lost Surfboards, has ridden the original Wavegarden in the Basque country (hint to visitors to that swathe of land that south of Biarritz and around looping around Bilbao: don’t call it Spain), their new version called Cove, twice, with all its different wave settings and the Wavegarden in Texas. And he’s had feedback from his teamriders Kolohe Andino and Carissa Moore on the Slater pool.

He knows what works.

In between watching his gal Carissa own the Roxy event in France, Biolos whispered a few secrets about boards in pools.

BeachGrit: You’ve surfed Wavegarden #1 and #2, the fabulous Cove. So tell me, what did riding those joints tell you about board design?

Biolos: My personal opinion is that wavepools are like natural waves. Each one is its own animal and each one benefits from different tweaks in boards. No different to the idea that Snapper and Bells or Pipe and Sunset lend themselves to different boards. The Cove is short and punchy with quick transitions. It likes a little bit of rocker and epoxy seems really good there. You don’t need a lot of momentum. It’s more about quickness. The original, Wavegarden, N-Land, are more momentum and inertia-based waves – long rollers where flat rockers tend to keep you going better and stay in the wave better when coming off the top. We took Jett Schilling, Eli Hanneman and Eric Geiselman to N-Land. Jett had a lowish-rockered Driver that just looked like on an invisible underwater track. Eli had a rockered-out Whiplash and that looked twitchy and over sensitive. A little PU weight helps as well. Like when surfing mushy offshore waves. That said, I think
a low-rocker epoxy ( like a RNF in carbon wrap) works great at N-Land. My GM, Ben Kelly, was ripping on one there. So, really, you’re not designing boards for pools so much as boards for specific pools. Just like natural waves. 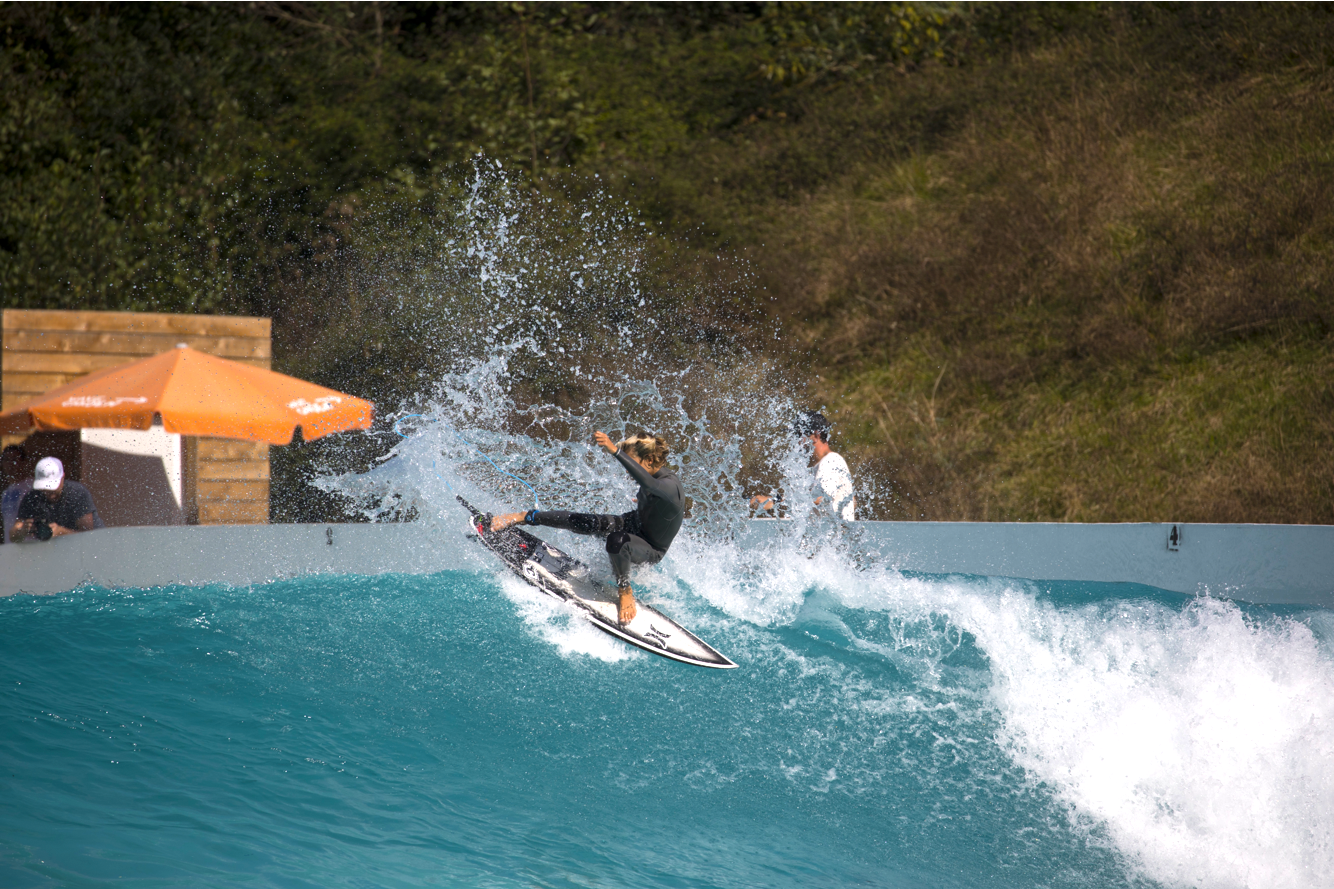 BeachGrit: For your top-shelf rider, how’s the board going to differ if he’s in a contest in Lemoore compared to, say, Snapper?

Biolos: Well, Carissa won The Test. She said she was perfectly stoked on her normal board. But looking at the footage, I think her board could have had a bit more drive and resistance under the rear foot during her full-rail turns. A little more momentum and stiffness. But I think I know exactly what to do after watching the clips. Next time she will have a couple of specific boards. I did not get to have a guy in the comp but Kolohe went a week or so before – a consolation prize? – and felt his super grovel boards worked best. Flat rockers for momentum but short to fit into the on again/off again tight and kinky transitions. I saw a wave of him on the left that was more impressive than any complete waves I saw from the comp footage. 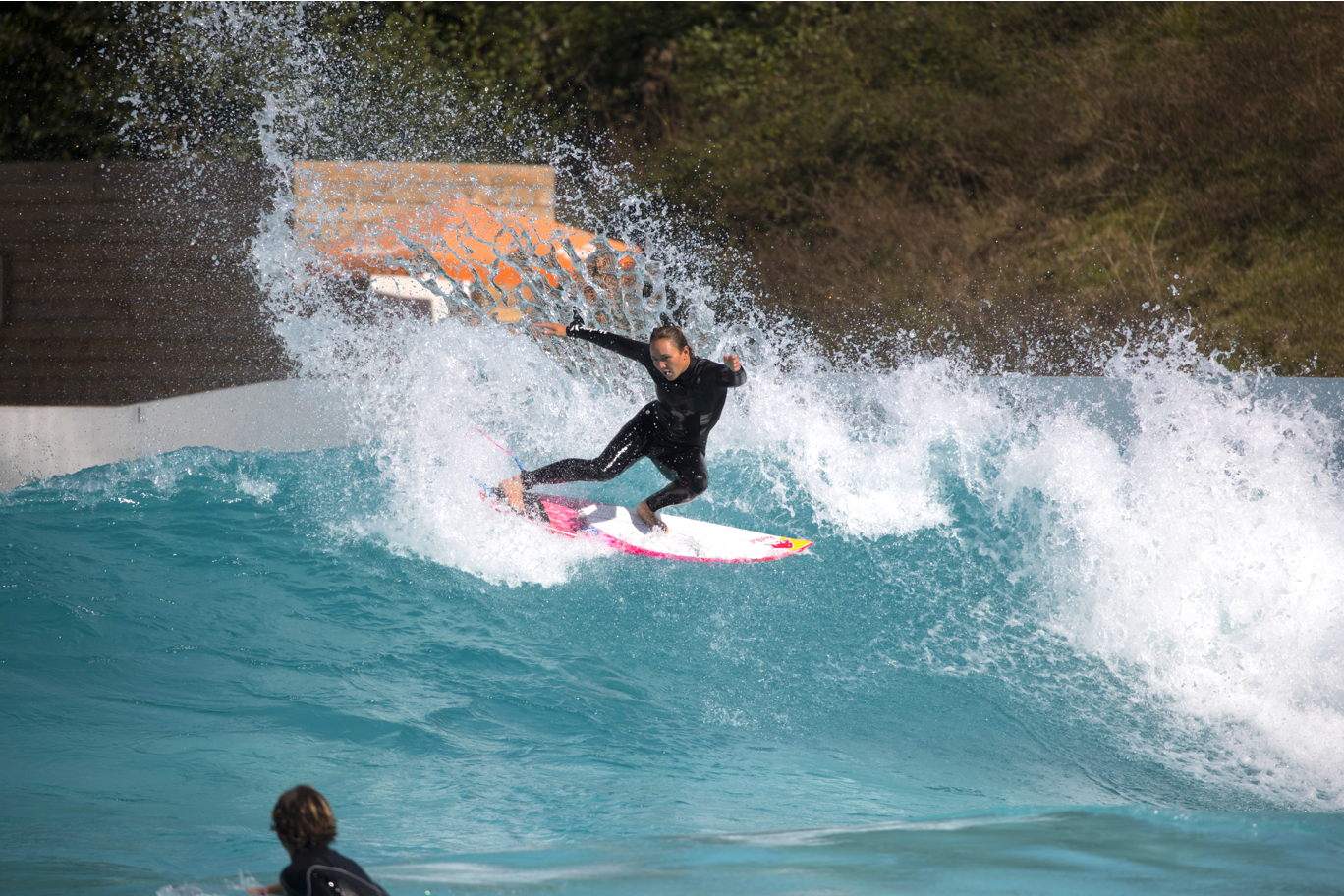 BeachGrit: Do you see tanks as great testing machines? For fins, designs, or are they, necessarily, specific, and whatever you learn about design in a pool doesn’t necessarily translate to the ocean?

Biolos: I know the relentless repetition will advance design quickly but how those quick advancements directed at specific waves translates to varied ocean waves remains to be seen. That said, one afternoon at Cove last week allowed Kolohe, Carissa, Griffin and grom Winter Vincent, and me, to quickly ride close to 50 waves each. Once your over the novelty and laughing and playing, you could easily get a lot of work done testing boards and fins. Progress will happen shockingly fast. Like all these soccer parents teaching eight year olds to do technical airs in giant halfpipes on snowboards and skateboards. The static playing field will drive radically fast progression. This is an undeniable fact. How that relates to eight-foot Sunset Beach, Teahupoo or or Pipeline is another story. 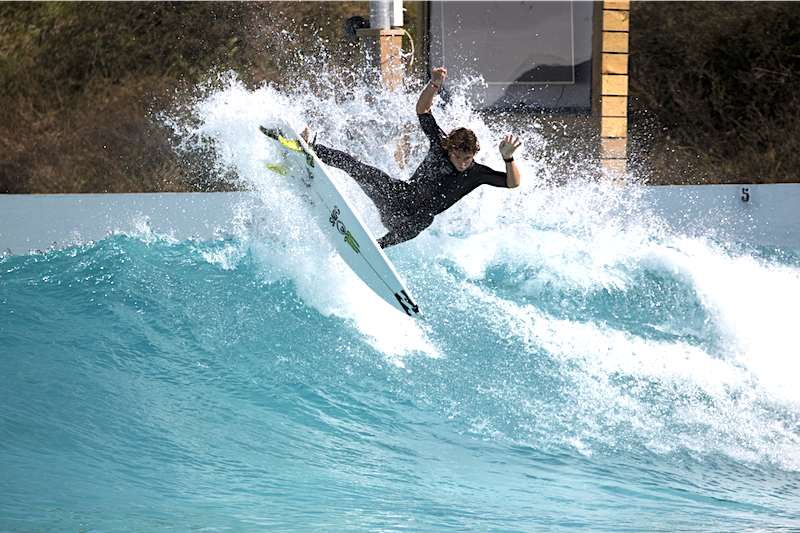 BeachGrit: And, tell me, as an every man, or better than every man, describe your wavepool experiences. Fabulous beyond belief?

Biolos: Harder than you think. I would say the same thing when describing Surfing at J-Bay. “Easy to surf / Hard to surf  well.”