Next in line of our continuing collaboration with Taj Burrow, is the aptly name “Tube Pig”. This one came about in 2014, when building a quiver for Taj to ride at home, in WA. We made a handful of boards specifically built to withstand beatings from, and perform on, the battering wind-buffed barrels of his beloved beach breaks and radical reefs. Not concerned so much with contests, ultra-light weights, or whipping airs and “finners”, we built a bit of substance into a few boards in hopes they would last and fit the demanding conditions. One board in particular was just over 5’9” 18.32” 2.25” and 25 liters of volume. Featuring a more pronounced round pin tail, with a narrower than average hip between the feet, and a slightly wider than typical nose, it ooozed of drive. Married to the outline is a pretty typical high performance rocker profile, but with less concave throughout, which runs the rail rocker pretty parallel to the stringer line. This results in no radical curves or breaks in the rail line. One not so noticeable feature, that I feel really ads to the effectiveness of this design in the waves it’s meant to be ridden, is that the nose is just slightly thicker than the tail at both the 12” and 24” marks. This really seems to add both paddle power and drive off the front foot. It also isn’t bad for helping with the snapping noses either. Individually, these features are all pretty subtle. Unlike The Round-Up/Rock-Up, and other exaggerated shortened step-ups, they are not strikingly different looking…But all combined, the whole became greater than the sum of its parts. When shaping the first one I wrote a note along the stringer “Tube Shooter”.

During a recent run of swell in WA, a series of exasperatingly excited mails and texts poured in from TB. Claims like..”I am not sure if it interests you or not, but this is the best board I have ever ridden in the tube. It’s a real Tube Pig. The thickness lets me in early and it knifes into solid tubes better than any shorty would. Paddle power to catch them, but the short little board fits in the curve better than a gun, and still holds in”. Accompanied with the texts was a relentless assault of gloriously lit videos and photos from Taj last couple weeks of surfing. That was enough for me. The Tube Pig… by Taj Burrow. Now… when it’s firing, everyone can go out and make a pig of themselves. Meant to be ridden about the same size, or just a bit longer, as your normal board, but mainly for those powerful pumping days in hollow beach breaks and reefs at home…or on the road. 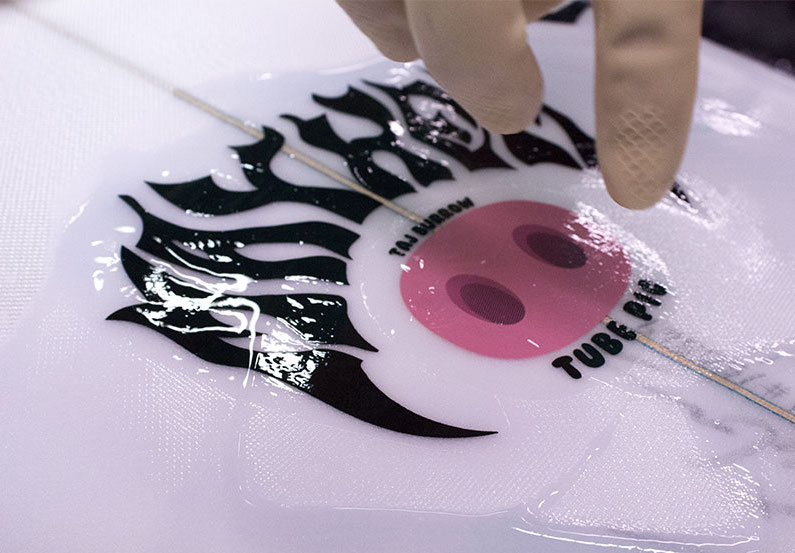 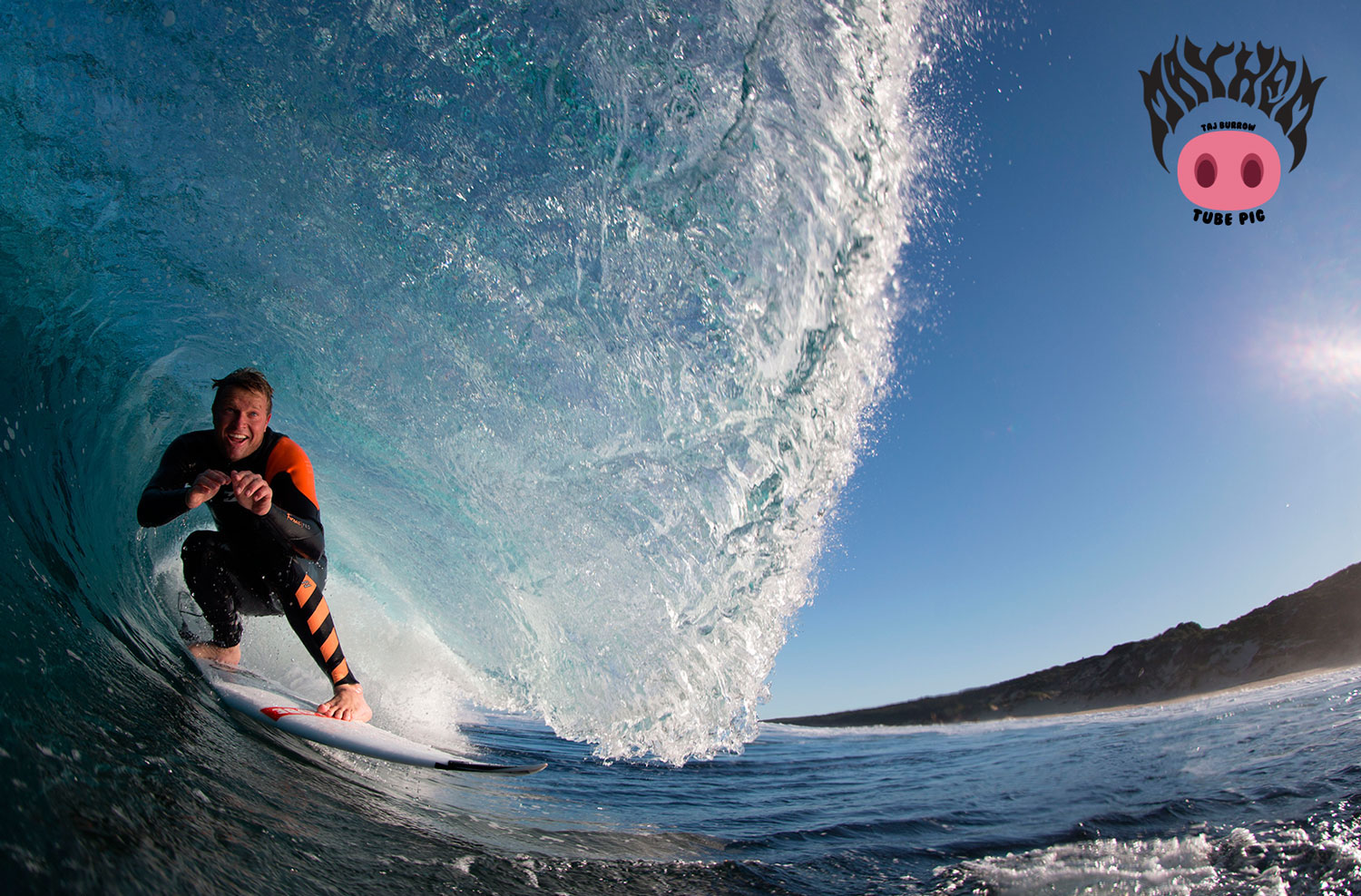 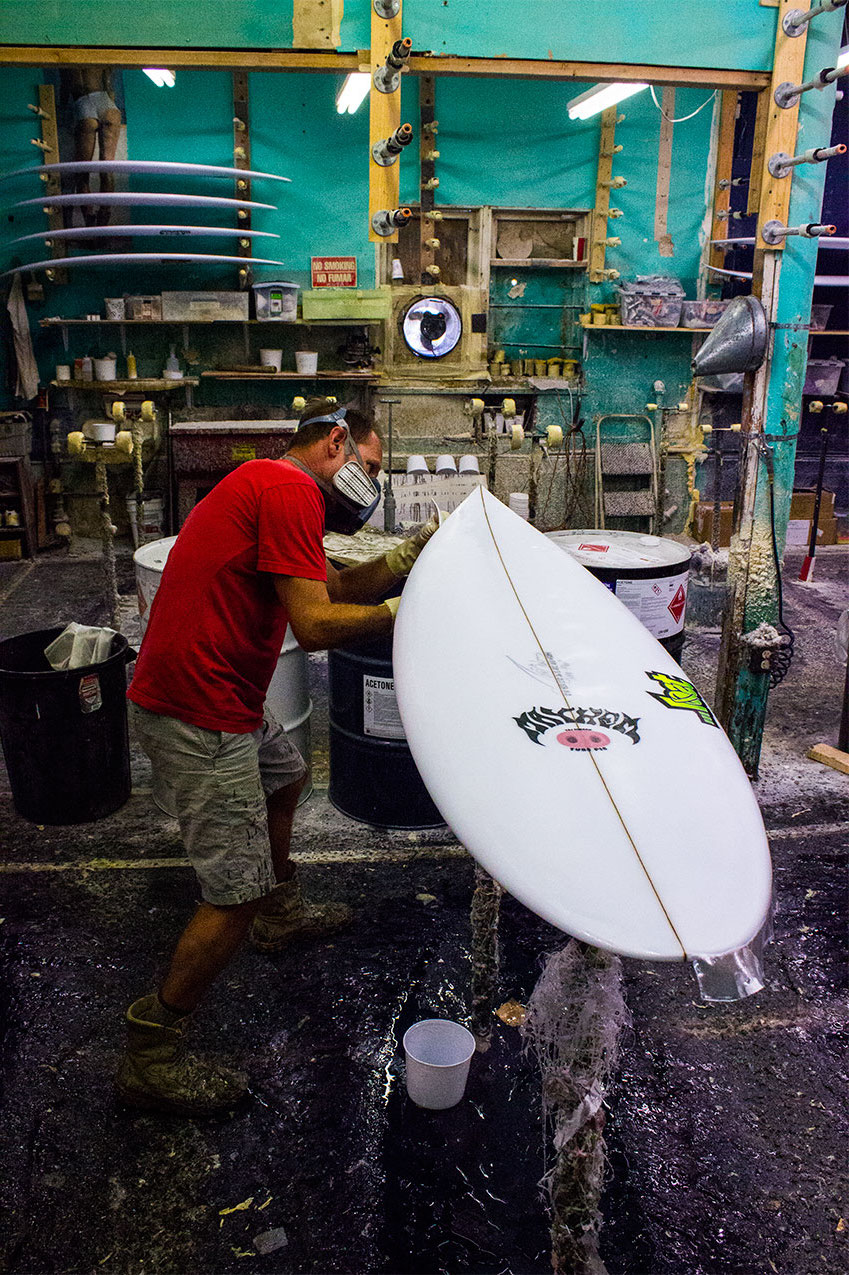 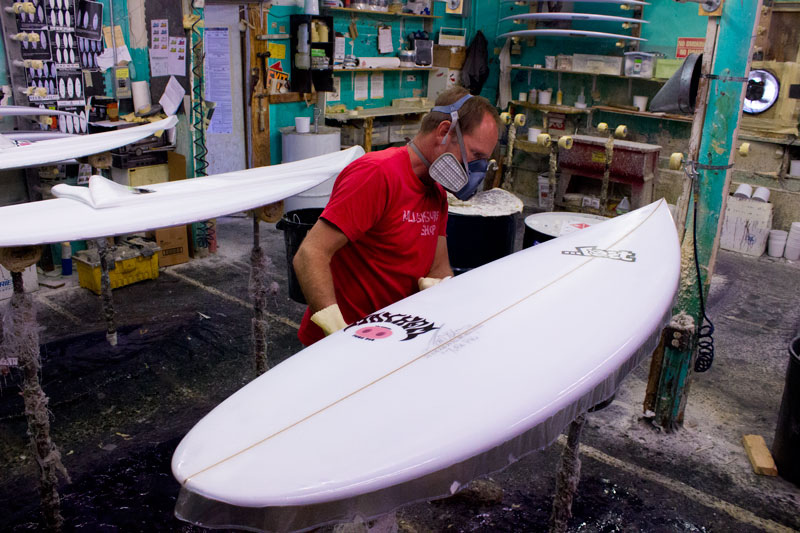