THE PELAGIC: After four years of tweaking and testing this most radical of fish designs we are proud to finally announce its release. Pelagic species are known as “The fastest, most stream lined and agile of all open ocean fish”. With a lifetime of snowboarding, I have always been intrigued with the concept of side cut outline as applied to surfboards. Side cuts in surfboard outlines are not new. The concept has been dabbled with (albeit, out of the mainstream) for decades. In the spring of 2008, I saw an old “Bill Caster” surfboard (with a particularly interesting version of side cut) hanging on a wall at Heritage Surf shop, in New Jersey. It immediately caught my attention. I returned home and began to play with curves and came up with my first prototype. In surfboards, everything is balance. Curvy rockers need to balance with straighter outlines and curvy outlines need flatter rockers. These principles became very apparent in the development of the Pelagic. Beginning with a fairly standard RNF template, we added a point at 12” from the tail and carved a reverse, side-cut, outline from there forward, into the wide point just above center. This effectively creates a reversed curve outline between the riders stance. To balance the negative outline curve, we have added a tremendous amount of rail rocker through the center of the board. The final component is very low, straight and fast centerline rocker, which cuts a massively deep concave through the rail rocker.

-A low centerline rocker paddles, glides and drives down the line.
-A deep concave (a result of the extreme rail rocker) provides lift, incredible speed and planes easily at low speeds.
-A curvy rail rocker keeps it very loose and easy to turn.
-A wide tail with angled “super” swallow, adds some bite and feels positive behind your rear foot in carves and cut backs.

All of this works together to give the Pelagic performance characteristics like a well tuned snowboard on groomed corduroy. The Pelagic loves to be surfed on the rail and initiates turns from the center of the board, like a pivot point straight down your center of stance. When putting this board on a rail, the generous rail rocker allows very tight radius arcs, up the face, or off the top, while the side cut in the outline “locks” into the face, or lip, giving a precise, slicing…sensation. Carving in bowling sections and fin free lip turns feel more positive and possible than you would imagine on a “fish” type surfboard design. Primarily developed as a quad fin, but is equally effective as a thruster. 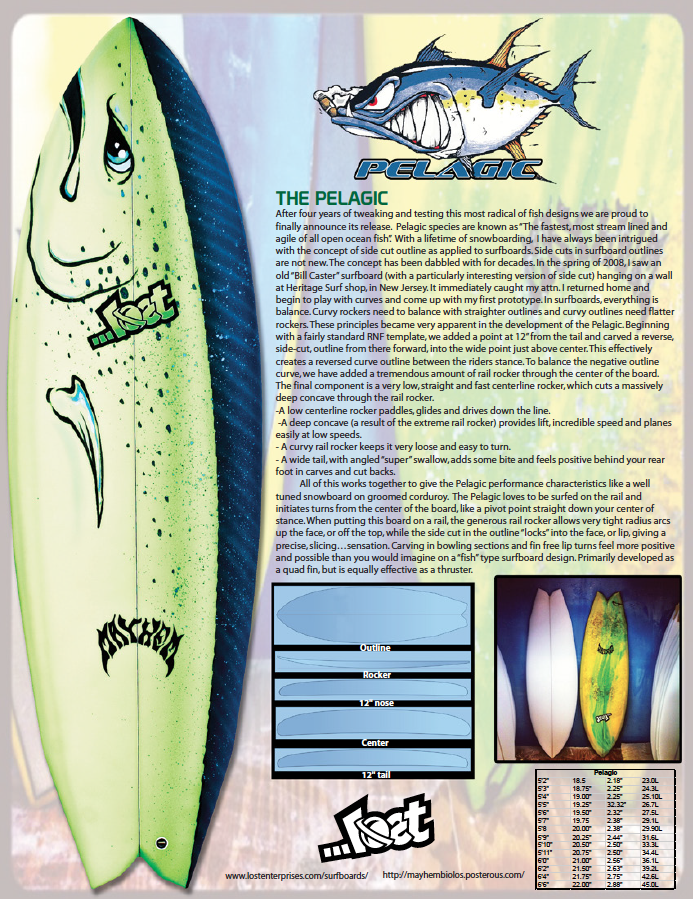 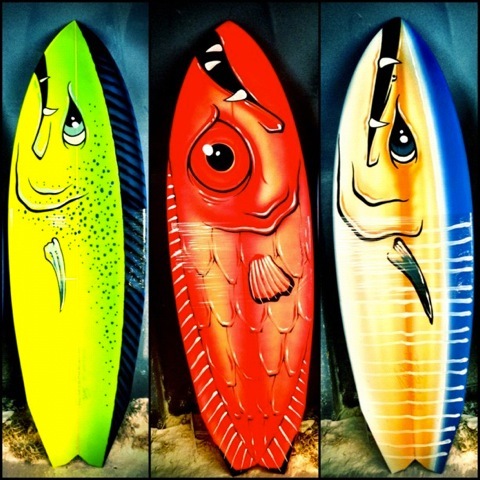 V2 STUB: Part three of The Domesticated Series. A wider, thicker, flatter, fatter, fuller, faster, floatier, funner, freakishly fantastic prodgetic-ly paddling stepdown version of the V2Rocket. The nose is flat, full and wide, the rocker is lower overall and volume is generously distributed further into the rails and farther out to the nose and tail; So ride it a couple inches shorter, and a good ½ wider, than a Rocket or V2 to get that great “Rocket” feeling in even smaller, more crowded junky waves. 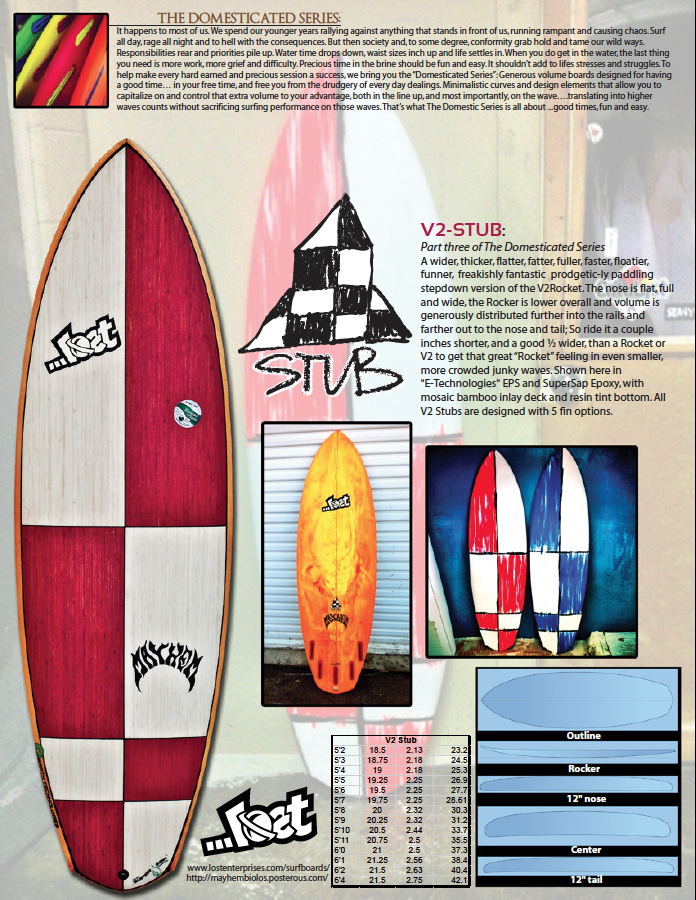