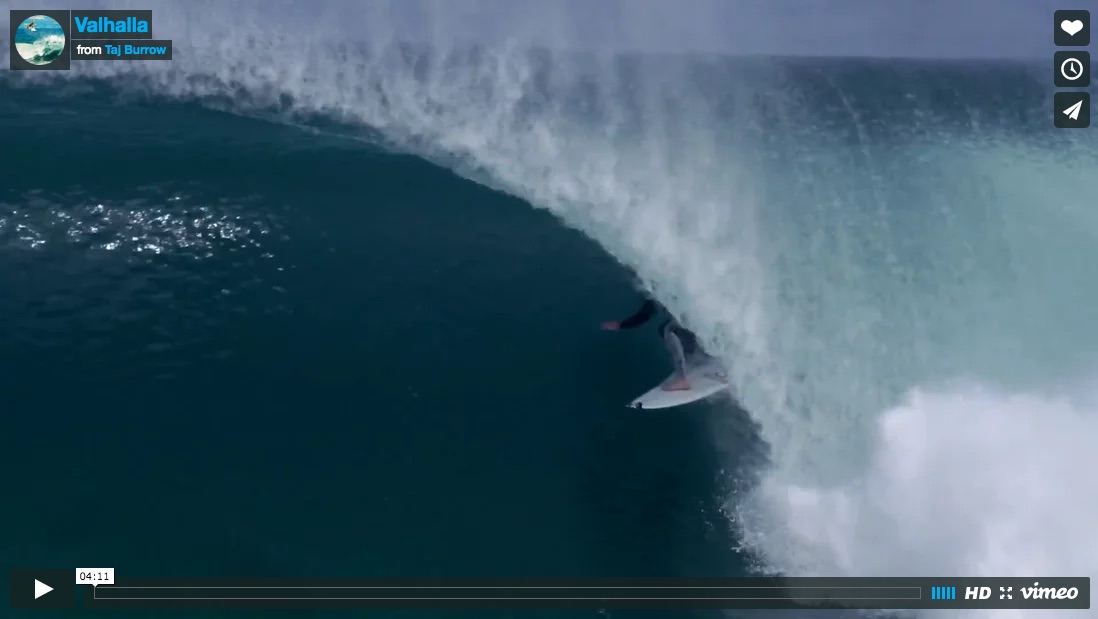 Retirement doesn’t sound So awful, does it? When hanging up the tie, you’d hope to do so in similar fashion to Mr Taj Burrow: Getting stupidly barrelled. Though, unlike Taj, the public won’t be patiently awaiting your next clip. Now that TB is off tour, he’s giving everyone exactly what they want: freesurfing clips.

“This is all from West Oz,” Taj tells Stab. “I did a trip with (filmer friend) Dav Fox and had the clips on a thumb drive, but didn’t think much of them. It was a fun trip, but I never really considered that we’d scored. Though, when I actually picked through them, I thought they might come together nicely with the right song. Then I got to slap it all together with a couple of sick rights from a beachie. I didn’t plan on making a clip, I just looked at the footage and thought it went well together.”

Now that Taj is out of the singlet, he’s not entirely sure what to do with himself. “It’s a weird one,” he laughs. “Now that I have this newfound freedom, I don’t want to miss a swell anywhere around WA. I’ve been mainly covering the coast around home. I’ve got this feeling that I have to be there – I’m almost too excited. I’ve been pouncing on everything but I haven’t really been scoring. I’ve got this freedom and I feel like I can go anywhere, but I’ve been too anxious, too excited; I’ve been chasing my tail.”

“I need to relax and let the waves come to me,” Taj reflects. “Trying to be everywhere at once hasn’t really worked yet. Since I’ve left the tour I’ve just been to the Maldives, Bali and Japan I’ve been eyeing some swells overseas, but for the moment, in the state, I look forward to getting some waves on the south coast.”

For now, pour yourself some liquid and enjoy the visual feast that is Valhalla.